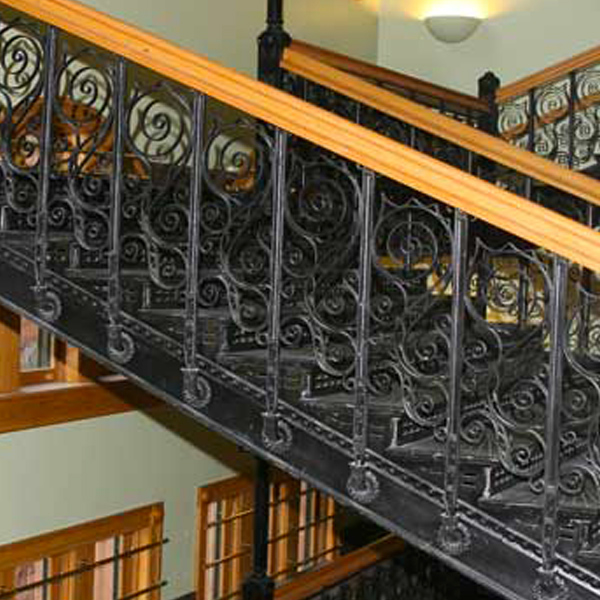 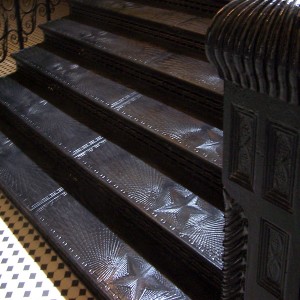 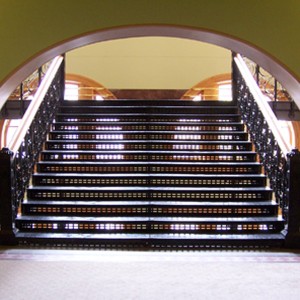 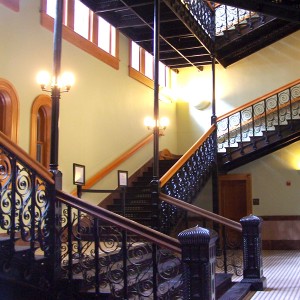 Construction on Old Red Courthouse originally began in March of 1890. Designed in the Richardson Romanesque style by M. A. Orlopp to serve the city of Dallas, Texas, by 1920 the two prominent features of the structure (a bell tower and grand staircase) were removed. Through the years Old Red survived at least one attempt to demolish it and suffered countless remodeling. Eventually the original beautifully ornamented interior was hidden from view and appreciation.