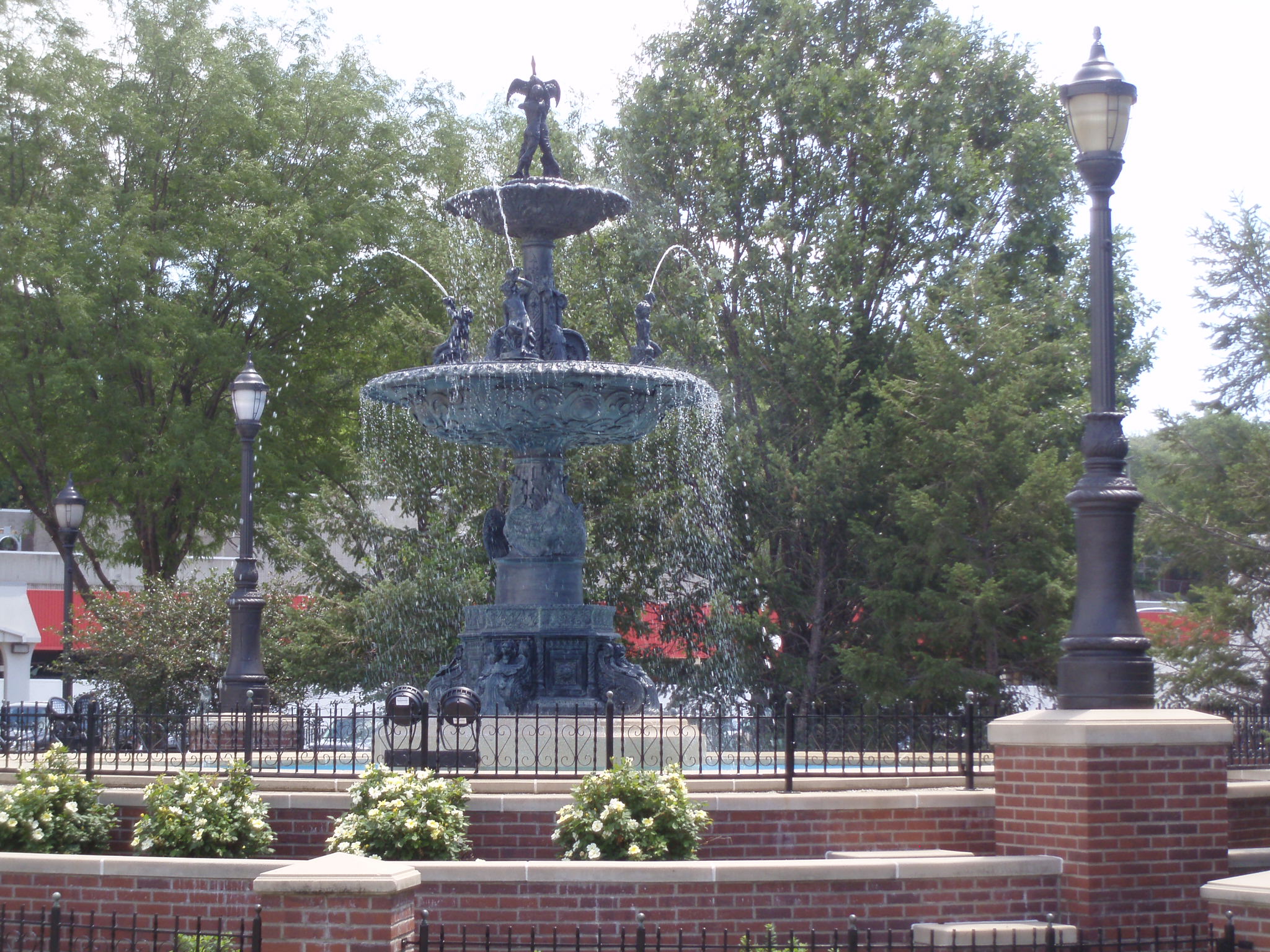 In December of 2013, the town of Council Bluffs, IA was looking for a company to restore its decades-old cast iron fountain. The historic yet dilapidated piece had several issues and needed help in the worst way. 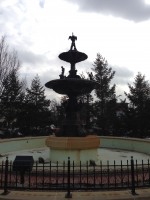 The Council Bluffs Fountain needed a lot of work! 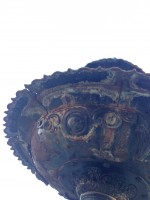 Rust and hard water stains were the norm

Through the bidding process, city officials turned to Anderson Construction- a company located right in their hometown- as the general contractor. In turn, Anderson looked to Robinson Iron as their lead consultant and restorer for the cast iron fountain.

The piece was picked up by a Robinson Iron crew, carefully documented and transported to Alexander City for its revival. Meanwhile, Anderson Construction began work on renovating the current basin and any necessary pump equipment.

Using its collection of JL Mott catalogs (JL Mott Foundry’s  being one of the leading manufacturers of cast iron pieces like this in the mid-to-late 1800’s), Robinson Iron was able to determine that the Council Bluffs fountain was originally named “Plate No. 65”. Fortunately, RIC has the exact patterns to recreate that piece  so any missing components from the Council Bluffs fountain were easily cast.

The fountain was completely cleaned to bare metal, examined for damage or corrosion and then it was determined which pieces can and cannot be reused. New pieces were cast were necessary and the Council Bluffs (otherwise known as “The Broadway Fountain”) was rebuilt from the bottom up. 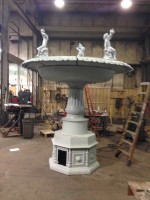 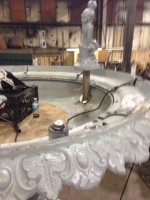 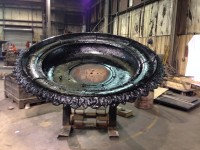 In less than five months form being awarded the contract, Robinson Iron had the Broadway Fountain back in Council Bluffs, Iowa! The fountain was restored to it original beauty and now resides in a suitable pool. 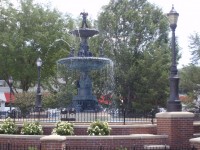 Robinson Iron would lie to thank the great people in Council Bluffs and Anderson Construction. It was a pleasure working with you all!